Sydney Harbour is a lot of things. It's one of the most beautiful natural harbours in the world. An aquatic playground for locals and holidaymakers alike. It is home to some of the city's most famous landmarks, including the Sydney Opera House and Harbour Bridge. The real selling point of a day (or night) out in Sydney Harbour, however, is the scenery.

There's a reason why the Sydney skyline adorns walls, tea towels and screen-savers across the world. One hundred fifty miles of scintillating shoreline, blessed with unspoiled beaches and lush fauna. It's simply stunning at any time of day and at any time of year.

Anyone with an eye for beauty and an adventurous heart could quite comfortably spend an afternoon, an evening or an entire week simply drifting around the harbour, basking in the glorious vistas and soaking up the sun. But for those among you who crave a little more, we have a few ideas.

An excellent base for exploring the harbour. As it's not only the destination from which all the boats and ferries depart. So it also connects the city to its numerous waterside suburbs, acting as the beating heart of the city. It's also the area where you'll spot some of the most iconic views.

There's not only 360-degree wonders, but some interesting history to be offered by Sydney Harbour's islands. With each of which can be reached quite comfortably by boat or ferry.

Shark Island is a typical tropical paradise and perfect for a picnic, but if you desire an afternoon with a little more meat on the bones, consider Cockatoo Island, with its rich, convict history and fascinating industrial architecture.

The clear waters that sit just off the shoreline at Sydney Harbour also provide excellent opportunities for snorkelling. Why not charter a boat or join a boat tour and explore every nook and cranny the harbour has to offer, exploring the crystal-clear waters and native marine life.

For an adventure closer to the shore, take in the idyllic haven of Shelly Beach just north of the harbour. Safe for the whole family, there is easy access to the water and the beach. Also, with a reef to the right-hand side of the beach that offers a frenzy of protected marine life to explore and admire. 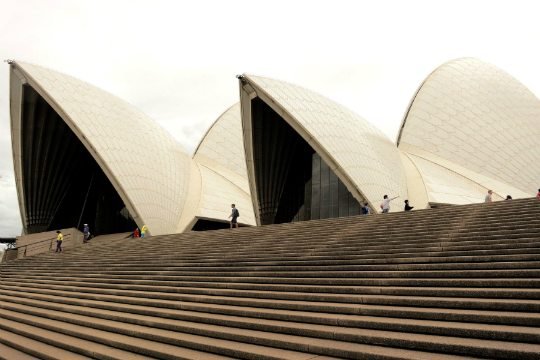 Everyone loves the beach, but many of the glorious beaches scattered around Sydney (particularly the notorious Bondi Beach) are always packed with tourists, so it can often feel more like a game of sardines than the relaxed experience it should be. Mercifully, there are legions of quiet, secluded beaches liberally sprinkled around Sydney Harbour.

So there you should be able to find a quiet picnic spot, explore the sand and take a dip in the clear turquoise waters. Harbour beaches, by their nature, are generally calmer than ocean beaches, so don't be afraid to bring small children. Camp Cove is an endearingly popular location.

Also, if you explore further along the shore, you'll find more secluded areas for exploration. The Hermitage Foreshore track twists elegantly along the coastline, offering water-sports, relaxation and plenty of those unbeatable views.

For a more personal, 'secret beach' experience, meanwhile, the aforementioned Shelly Beach. It is a perfect space from which to relax on the golden sands and watch the world float by. So further north is Chinaman's Beach, a large stretch of sand anchored to a calm ocean.

It would make for a perfect day at the beach with young children. There are two tranquil beaches within Sydney Harbour National Park. Shark Beach has a netted swimming area. While Milk Beach sits within an isolated stretch of coastline offering some of the most dramatic hidden views of the city.

One of the most popular ways many vacationers get to know Sydney is via a harbour cruise. Also, this is a beautiful way to introduce yourself to the city and soak up its unique atmosphere. Relax on the deck, take a dip or take the opportunity to learn a little more about the history and culture of the harbour.

So, this can be one of the most personal means through which to experience and get to know the area. Also, you can introduce you to other areas you might want to visit later during your visit.

If you wish to explore the waters on a more personal level, you might even want to consider hiring a kayak and having a leisurely paddle around the inner islands of the harbour. Head upstream from the bridge, and you'll eventually end up at the historic Woolwich Dry Dock.

As it no longer operates as a dry dock, but visitors of the harbour can still moor their vessels.

After a day spent exploring the harbour either by land or by sea, the area is also wealthy with options when it comes to nightlife. For those among you who prefer to clink your glasses and sip your cocktails in splendour.

Why not consider the upmarket hotels that line the harbour. Hotel bars were once the establishments that set the gold standard for high-class drinking. As such, these are still the locations that will offer the most spectacular views, the most elaborate theming and the best possible service.

Speaking of night-life, there are many exciting events that take place in the harbour throughout the year. The Vivid Festival in May sees the city's buildings come to life as a living canvas with bold illumination and unique projections.

There's also, of course, Sydney's legendary New Year's Eve Fireworks display, which is even more incredible when experienced by boat.