So, If you are planning a trip to Australia this year, you can't miss out on sightseeing in Sydney. Most people want to escape city life and enjoy Australia for its wildlife. Although, you won't regret adding the Sydney harbour to your itinerary.

Sydney Harbour is one of the natural harbours to exist in the world. Apart from being rich in beautiful views, the harbour also features some great sightseeing attractions that include the Sydney Harbour Bridge. You can hire a private harbour cruise in Sydney to visit and view these locations. 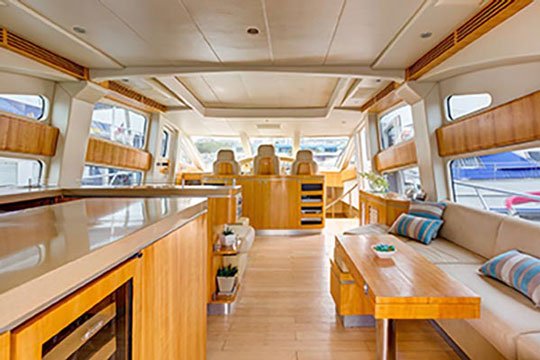 What a Private Harbour Cruise in Sydney Entails

If we can't convince you to take a tour of the Sydney harbour, then perhaps the following facts will make the idea more interesting:

Facts about the Sydney Harbour Bridge

So, of the four bridges crossing the harbour, the Sydney Harbour Bridge is the most well-known. It was opened in 1932, and a cost of sixpence was to be paid to cross it by car.

Here are some more interesting facts about this particular bridge over the beautiful harbour:

Consult the services of Embark to book your private harbour cruise in Sydney.